About 5 years ago my hubby and I got a rare out of town get away when my brother and sis in law so graciously watched our kids, who were then under 1, and 3 years old.  On the trip my man bought me that hat. I loved that hat the second i tried it on.

I was still a Portland Police Officer when i got that hat. Still living on a small farm. That hat has seen some big changes, seen some dreams come true.

I have worked many long hours in that hat,  most with my best friend and our kids. 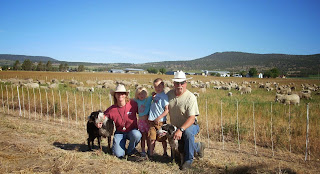 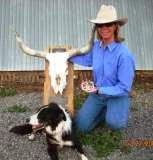 In 2009 i won an award in that hat. An award that i am the most proud of any in my trialing. 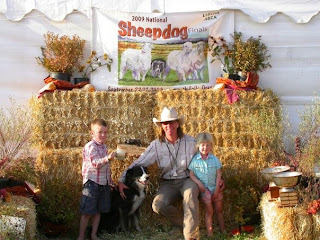 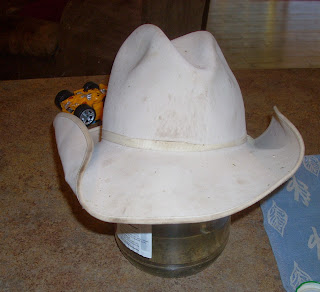 That is hat is looking pretty beat up these day,  it has earned every stain and scuff and dent.  My friends say i need a new hat for the big trials this fall. They say " what if you make the final day are you going to wear THAT HAT?!!"
I love that hat, but i broke down and bought a new hat for the trials next month. It is a nice hat, the same style of hat as my old hat. It looks nice, but it doesnt have any "whiskers" yet. In police work when you work the street long enough, and have seen and done some things,you earn some whiskers.
Some day the new hat will have some whiskers, but it has to earn them the hard way, just like that hat did.
Posted by Lana at 6:13 PM